This article can almost be looked at as a follow-up to our previous article on Manually Exploiting Tomcat Manager (http://blog.opensecurityresearch.com/2012/09/manually-exploiting-tomcat-manager.html).  However, this time we will discuss how to achieve the same goals, but against JBoss instead.

A weak, default, or unprotected JMX Console is a very common initial foothold for attackers as they use this to remotely deploy and execute a payload to gain a backdoor to the host.  But how do we detect and exploit this vulnerability?

Vulnerability scanners will detect and identify this particular finding as:

Additionally, anyone can find JBoss instances by using resources such as Shodan (www.shodanhq.com) that provide the ability to search for HTTP headers such as:  “x-powered-by” “jboss”

There are a few Metasploit exploits (jboss_maindeployer, jboss_bshdeployer, jboss_invoke_deploy) that are the de facto exploits for this vulnerability and are usually rock solid; however we have seen a few occasions where it will fail with little-to-no explanation.   Additionally, the host may have antivirus (AV) or Host-based Intrusion Prevention System (HIPS) that catches the payload and it may be necessary to upload a custom binary manually instead of using the Metasploit Framework (MSF) to deploy it.  The information below is just one of many possible workarounds.

The major steps in our workaround process are:

In an ideal world, the exploit should work every time and yield a shell as shown in the screenshot below: 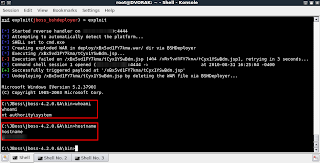 
However, in cases where we are not so lucky we need to manually deploy a shell so we can take control of the host.

In the previous Tomcat article, we downloaded the Laudanum files (which contains the cmd.war file) from:  http://sourceforge.net/projects/laudanum/   (props to Kevin Johnson, Tim Medin, and John Sawyer)

According to the SourceForge page:


“Laudanum is a collection of injectable files, designed to be used in a pentest when SQL injection flaws are found and are in multiple languages for different environments. They provide functionality such as shell, DNS query, LDAP retrieval and others.”

We again tried to utilize the Laudanum shell in this instance and it was not working.  Our first guess was that AV was detecting the shell and that we either needed another shell or we needed to modify the current shell to bypass the detecting signature.  While searching for alternatives, we discovered a slick shell from the RedTeam Pentesting group (https://www.redteam-pentesting.de/files/redteam-jboss.tar.gz).  We used wget as shown below to download the shell:


Extract and understand the code

Before running a tool, it is best practice to try to understand the code.  Even if you are not familiar with the language, use Google and try to understand what the code is doing to the best of your abilities.  This will help you learn how to effectively use the tool and may identify limitations or areas of concern (such as unknowingly backdooring yourself).

After reviewing the code and understanding how it works, we will now create the WAR file to deploy.

Create a web server to host the file

One of the JBoss deployment options is to fetch a WAR file from a remote web server.  This is ideal because we can easily provide this service by using our BackTrack or Kali distribution to fire up a web server to host our file.  As shown below, we first verify that we do not already have a service listening on port 80 and then start up an Apache server.  We verify that the Apache service started by confirming that it is now listening on port 80, and we copy the WAR file to the web root directory for our web server.

You should now be able to manually browse to your local webserver to verify the presence of the file:
http://localhost/fs.war 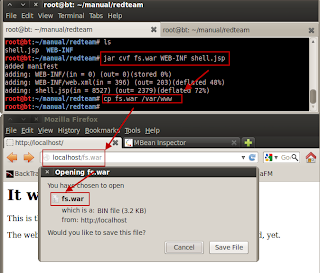 Figure 2:  Creating the WAR file and moving it to the root of the webserver

Navigate to the JMX Console on the target host (http://IP.Ad.dr.ess:port/jmx-console/) and search for “service=MainDeployer”. 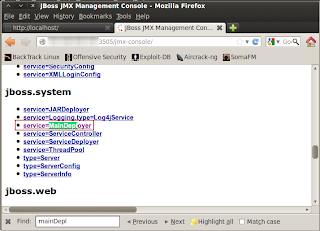 Figure 3:  Using MainDeployer to do our dirty work


From here you’ll want to utilize the deploy() function since it allows you to enter a URL as a parameter value in java.net.URL.  In this field, enter your attack IP and the name of the WAR file in the URL box and then click the “Invoke” button. Utilize the shell on the target (found at /fs/shell.jsp in our example) to run various situational awareness commands.  Note that the JSP shell from RedTeam Pentesting requires a password.  By default the password is “secret”, unless you modify the shell.jsp ahead of time.

This shell allows you to pass parameters via the URL such as shell.jsp?pass=secret&cmd=whoami.  This may be ideal for scripting commands via wget or an http library in the language of your choosing (Python httplib2 for example). 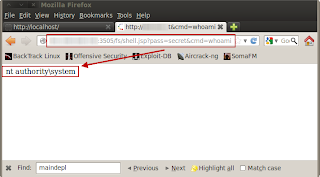 Figure 5:  Attack runs whoami command to show that they are running with NT AUTHORITY\SYSTEM access


Additionally, the RedTeam shell provides a friendlier forms based page that allows command entry and file upload capabilities if you use the html parameter as shown below: 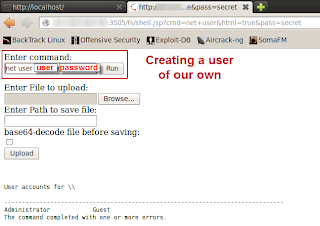 
This is a fairly intelligent shell that can recognize the operating system (OS) it is executing on.  That said, the Laudanum shell (that we used in the Tomcat article) required us to first specify “cmd.exe /c <command>” for certain commands such as dir, however this shell detects the underlying OS and does that for us automatically.

In the Manually Exploiting Tomcat Manager article, we needed to obtain file transfer capabilities in order to upgrade our shell.  By using the RedTeam Pentesting shell, we already have file transfer capabilities.  Additionally, since in this example JBoss was running as NT AUTHORITY\SYSTEM, we were able to create and add the user to the local Administrators group and utilize RDP to log into the host.

After using RDP to gain access to the host, we discovered that Symantec Antivirus originally caught and deleted all of our Metasploit payloads and our Laudanum shell.  Luckily, they did not detect our RedTeam Pentesting shell.  ;)  But this is a cat and mouse game.

Once you are finished with the shell, you should remove it so no one else can utilize it.  To do this, complete the following steps:

Attempt to navigate to your shell to ensure that it is undeployed.

In our classes, we are asked why we often show students three or more different ways to complete a task.  We show the manual and tedious way to accomplish a task and then later show the easy, “one click fire” method.  Metasploit is a powerful framework that simplifies the attacks and adds fantastic functionality, but knowledge of the manual methods is a must—especially when your trusty tools are being blocked and in-depth troubleshooting is not an option.

For this article and others like it, check out the following magazine:
http://hakin9.org/learn-how-to-perform-advanced-web-attacks-and-exploitation-with-more-than-70-pages-of-hakin9-tutorials/